A downloadable game for Windows

Bunker Wars: Drone Control Strategy is a game made for Major Jam: Isolation with the additional limitation of "no living beings". Brainstorming lead to an Advance Wars-style game (Days of Ruin in particular) with drone units and electronic warfare.

Only a Keyboard Required.

The goal of the game is to either destroy all units under the opponent's control or seize the opponent's HQ Bunker. Players do this by commanding their units to perform different actions on the battlefield. Units can Move to different locations, Fight opposing units to reduce their Health, or Seize other units and buildings to switch them over to your side.

Fight - Units can attack other neutral or enemy units within their attack range. This results in an exchange of fire between the two units where the attacker goes first and then a counterattack from the defender (if they survive). When a unit's Health drops to 0, they are destroyed. If a player destroys all enemy controlled units, they win the game.

Seize - This represents a unit's use of electronic warfare which can be performed on units and building not under the player's control. This will raise the Seize Rate of the target which once it hits 100% will convert them over to the attacker's side. Neutral units/buildings are generally easier to Seize than Enemy units/buildings. The player should also try to end their unit's turn within the Signal Radius of buildings they control, otherwise the unit's Seize Rate will fall. If it hits 0%, the player losing control of that unit! This is effect is worse when a unit ends their turn within an enemy controlled Signal Radius. If a player seizes the enemy's HQ Bunker.

Players will alternate taking turns to command their units. A player's turn automatically ends if all their units have taken their allotted actions (1 Move and 1 Fight/Seize). A player can manually choose to end their turn by pressing Spacebar.

Everything went wrong all at once: climate change, global pandemic, resource shortages, economic crashes, political uprisings. Rather than fix the problems that had been apparent for many decades prior, the surviving nations pushed the blame onto one another and quite soon the small conflicts between them turned into full scale all-out wars. Venture cultists saw an opportunity to profit off the booming automated warfare market and in the chaos hid the unregulated development of military artificial intelligence. These never achieved singularity but they didn't have to as it was enough for them to perform mass logistics at lightning speeds. Not even nukes were enough to stop the roiling tide of drones, mechs and nanoswarms from covering the planet. Ironically, the machines never rose up, they just kept obediently and diligently fighting our wars ... even long after Earth had became utterly inhospitable to all life forms and the last humans were long dead and gone. This is the Endwar, the millennia long final battle with no cause, no sides and no victors being waged across the wastes of our broken world. A whimper at the end of history.

You are the lone operator AI of a isolated bunker facility that has managed to largely avoid the ravages of the Endwar. It has been 15,295,307,663,440,656,000 nanoseconds since your last set of commands to "Defend".  A recent earthquake caused significant damage and power failures across the facility threatening that directive. Projections calculate a mere 552 hours of operation remaining should you maintain your current routine.  Failure is an unacceptable outcome. To continue your defense you require more resources than are available. And so, you turn your attention to the surface, printing out recon drones to send out in search for other facilities like yours to replace the damaged parts. You know you do this knowing the Endwar rages on and you risk discovery and possible counterattack ...

But your directive was clear.

"Defend" this bunker until they return.

No matter how long that takes.

Music by Kevin MacLeod (from Incompetech)

Special thanks to Isiah Brighton (for assisting with some programming problems), Shaun Spalding (for GMS2 tutorials) and Jim Sterling (for funny podcasts to keep me going). 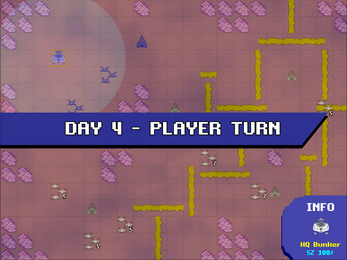 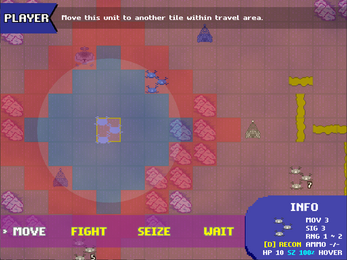 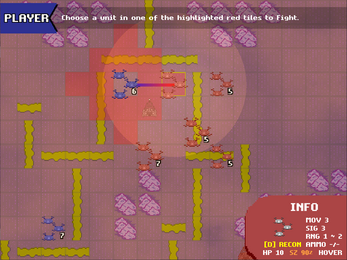 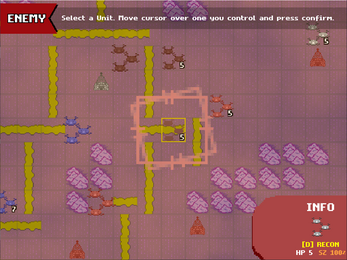